The first time that I truly felt like I was home, I was standing in the middle of a vast, green wetland approximately two thousand miles from my parent’s house. My feet, clad in fresh-from-the-hardware-store rubber boots up to my knees, sank into a soft carpet of moss that gave way with every step I took, the depressions filling with groundwater. This was not a place that should feel like home to a not-particularly-outdoorsy girl mostly raised in the New Jersey suburban sprawl, though truthfully, the generic sea of strip malls that I was raised within did not feel an authentic home. I grew up smack-dab in the middle of New Jersey, in a town that was technically fine but was also boxy, stifling, artificial, dead, and filled me with the suburban angst so stereotypical of my generation. In high school, I unironically embraced Holden Caulfield’s distaste for my hometown’s phoniness, but did nothing about it besides complain and walk around the mall. Dutifully, when it was time to go to college, I traded in my New Jersey suburb for a Pennsylvania suburb and studied biochemistry at a nice Catholic university. Biochemistry, I was told, was a good major to get into medical school with, and as a smart, curious kid who liked science, I was vaguely aware that I should go to medical school. It was only after my first year of school that I staged my first ever fit of rebellion, taking a stand against both my former job in a particularly uninspiring strip mall, and the medical school aspirations I realized did not belong to me, by taking a summer job as an ecology field research assistant. I was not certain what ecology really was, not even sure it meant to do field work (would there be a field?), I just knew that I’d be working for a lab doing some kind of science in Canada, where I had never been, and might possibly be outside, which seemed different.

And boy, was it different. After landing in Edmonton, Canada, we drove two hours north to a research station,  a few small buildings and a motley assortment of trailers surrounded by scrubby forests and a cattle farm. From there, we drove another three hours north, entirely on the same two-lane highway that appeared to mostly be utilized by logging trucks, to get to our first wetland field site, which to my untrained eyes looked big and empty of everything except for moss and water. I was on a team of ten people, and everyone but me seemed to know each other well. As we walked across the wetland on our first day of field work, their motions were fluid but relaxed as they picked their way adeptly past pools of water and hills of moss, while I lurched and reeled, every step threatening to overtop my uncomfortable boots. Field work, I gathered, consisted of walking around outside, pointing at various things, and talking about them, but I had no idea what everyone was pointing at and talking about. My unfamiliarity and ineptitude felt glaringly obvious, but nobody said anything, at least not to my face. And yet, the alien expanse of mossy wetland that I found myself within called to me, whispered really, welcome home, you’ve been away for so long, and though my boots didn’t fit and my phone no longer worked and I had packed way too much clothing but no towel and nothing in sight was familiar to me, I knew it to be true. The more time we spent walking, the more clear it became that the land we explored around on was complex, intricate, spontaneous, and full of the promise that there was something authentic and real beyond the concrete buildings that had formerly defined the boundaries of my existence. Life, which had always felt planned and stale and slightly underwhelming, suddenly felt like a grand adventure. 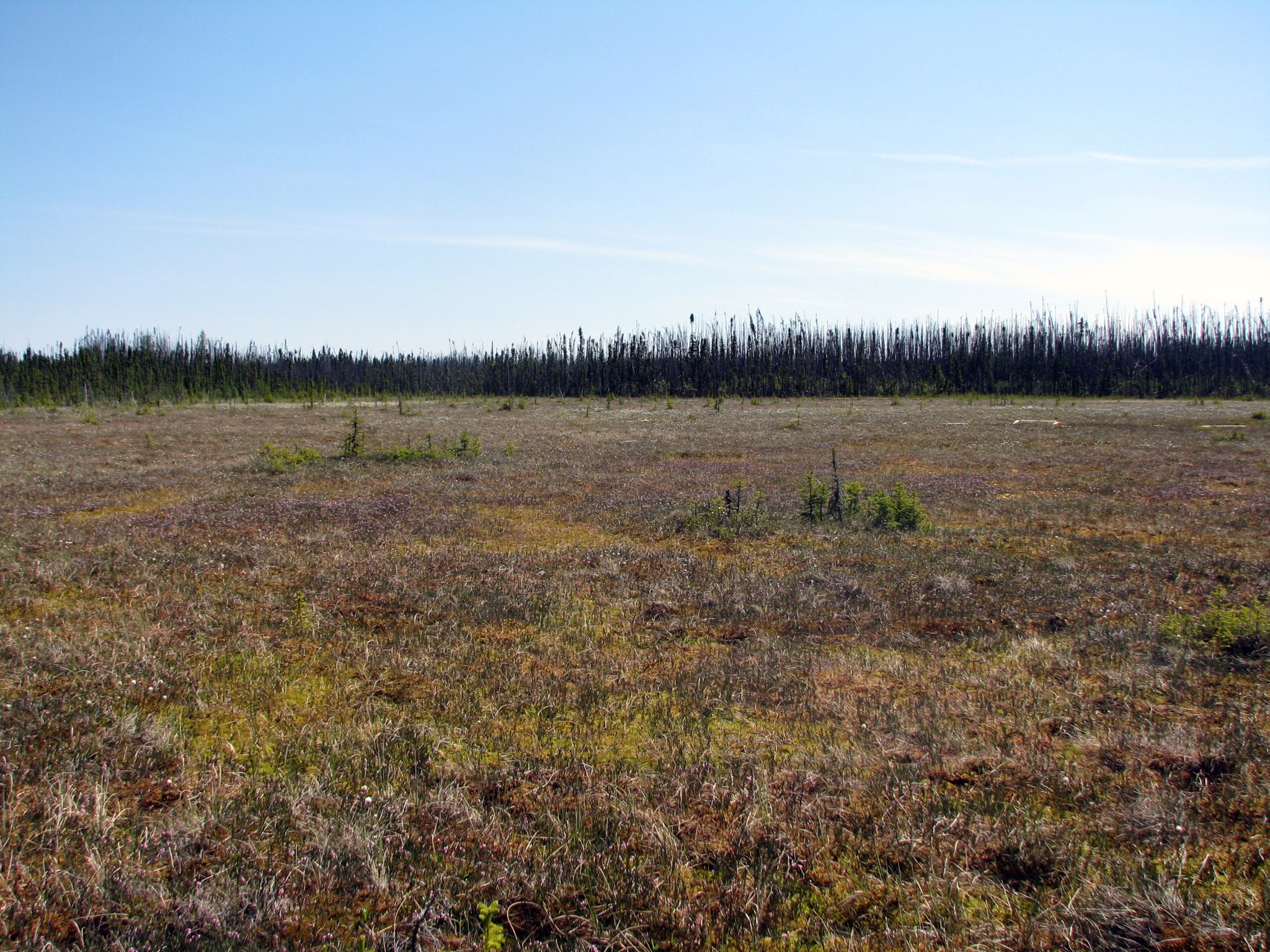 When places call you home, the best thing that you can do is listen. So I stayed in that foreign but beautiful place. I learned to walk without filling my boots with water and to identify the surprisingly diverse array of tiny flowering plants battling for existence in their cold and wet world. It only took a few hours of causing everyone in the backseat to fear for their lives while I clumsily piloted our Ford F-150 around dirt roads for me to grasp the finer details of the ways in which driving a truck was different from driving my six-cylinder Pontiac. Halfway through the summer, I finally bought my first reusable water bottle. At some point, I even stopped putting on eyeliner before each day of field work. Eventually, that strange, vast expanse that was the peatland looked different to me. Abstraction gave way to details and I fell in love with the gentle hummocks and hollows of the moss underfoot, the delicate pink rosemary flowers that you had to kneel to distinguish, the stark bravery of lone jackpines dotting the landscape every hundred yards or so. 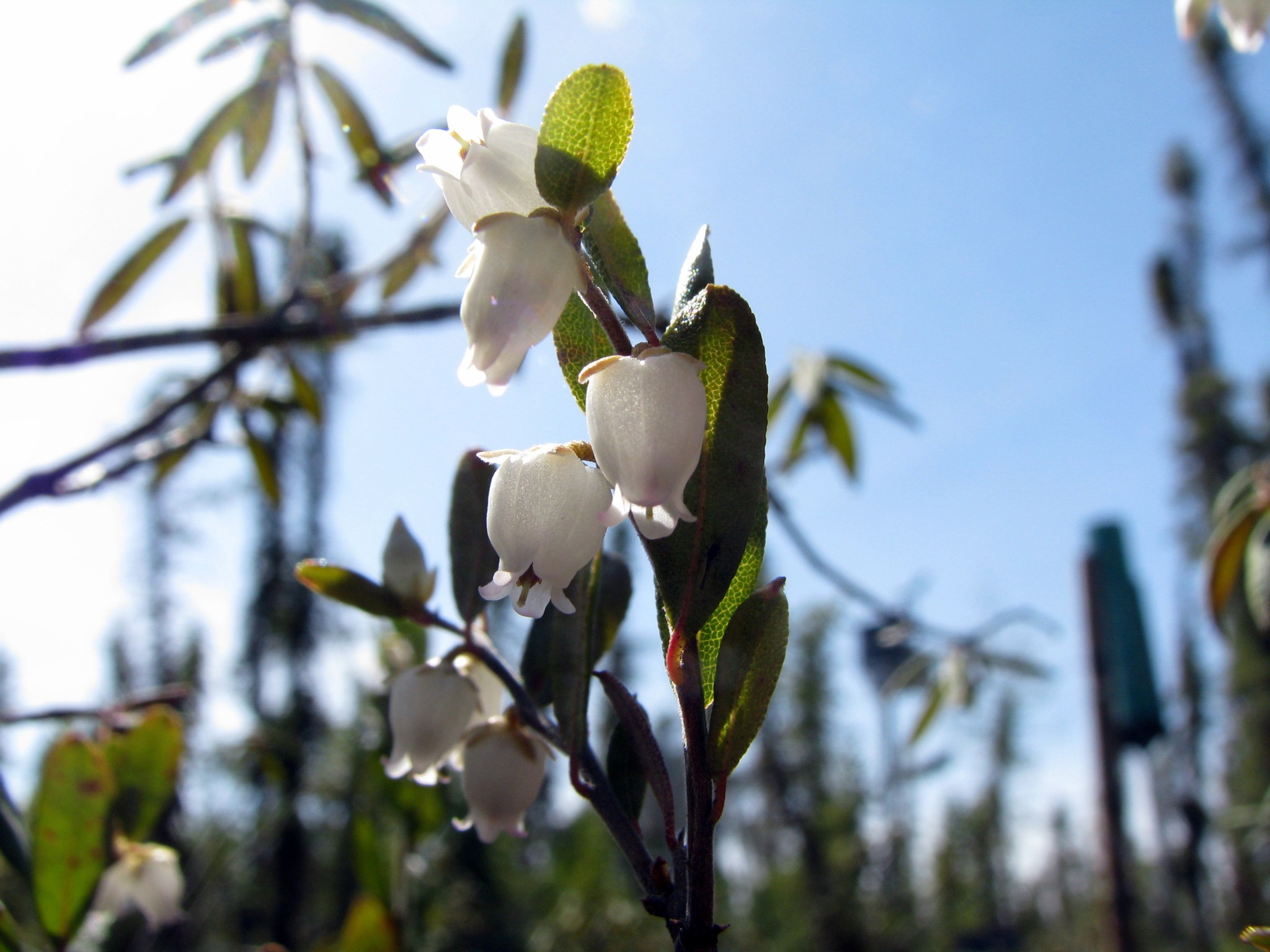 This nagging feeling that the great northern peatland was the place that I belonged and had unknowingly been seeking throughout my discontented suburban upbringing manifested into an urgent need to understand how that place worked, to hold it in my hand and examine it with the lens that I understood best. For me, a biochemistry student with a new glimmer of purpose, that lens was chemistry. Summer after summer saw me tromping through Canadian bogs and fens with a backpack full of water samples and plant clippings. All would eventually be fed through one analytical machine or another, the expansive mysteries of a tangled web of life distilled into a series of numbers (how much carbon? how much nitrogen? where? when?). Knowing such numbers brought my fuzzy mental image of the ecosystem into focus and made concrete the chemical relationships between the mosses, the trees, the microscopic bacteria inhabiting the water. In this light, the reductionism of science became beautiful: it clarified and sharpened a complex and messy world so that I could better appreciate its intricacies. I spent the rest of college infatuated with peatland chemistry, immune to the bafflement of my friends who wondered why I studied moss, and moved to California after graduation for a PhD in biogeochemistry. Ostensibly the purpose of graduate school was to learn more chemistry, but deep down I was in pursuit of more ecosystems to peer at and try to comprehend, more ecosystems that would softly call me home.

I have found a hundred new homes since that first unexpected whisper, in mountains and forests and deserts. I’ve gone through uncountable pairs of boots, but I still own the same water bottle, and the world feels more real than it ever did from the inside of a strip mall. I study the chemistry of ecosystems but the science is almost coincidental to me; the point has always been to try and learn something about the places that tug at me so that I can translate their stories, and chemistry is the language that I speak most fluently. Through chemistry, I converse with wild landscapes, feel permanently entangled and entrenched in rolling hills, steep mountains, gnarled tree branches, the smell of fir needles, and rich organic soils teeming with life. Home, it turns out, has always been all around me.