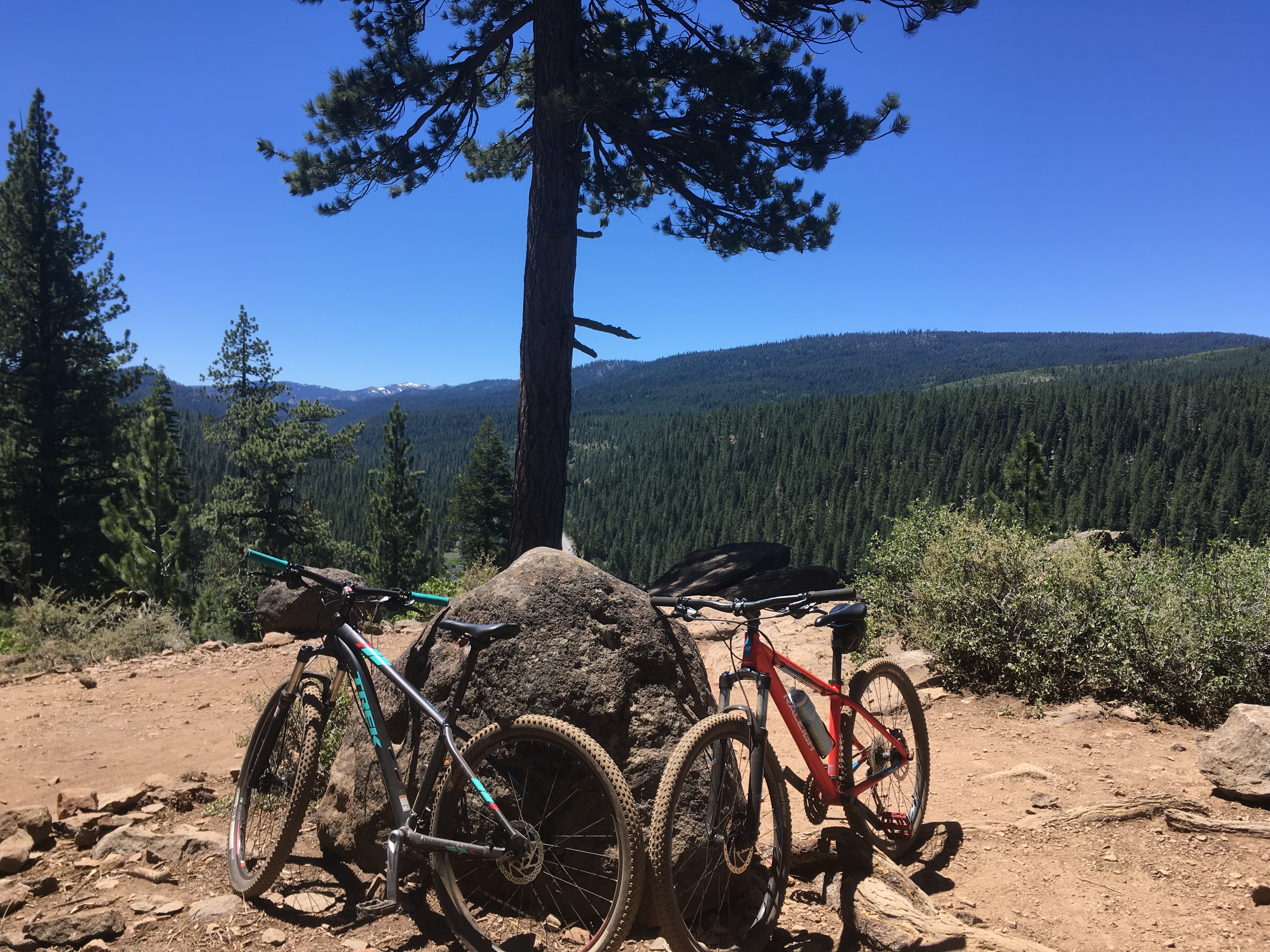 I started mountain biking for one of the more common reasons that people start anything that’s new, unfamiliar, and kind of scary: to impress a boy. It was springtime, and I was 24 with a new boyfriend who talked about mountain biking the way that I talk about New Jersey pizza. That is to say, constantly, and with reverence. I was captivated by his obsession with a sport that to me seemed exotic and extreme, and agreed without hesitation when he offered to teach me during the first months of our relationship. There was only one catch, which is that after my first several times on a mountain bike, I hated it. Well, I didn’t quite hate it. But I didn’t understand why people would ever do it for fun. On my first few rides, I flipped over my handle bars while trying to hop over the tiniest of rocks, cursed my choices as I pedaled up countless never-ending uphills, and utilized my brakes to their fullest extent on downhill sections that terrified the shit out of me.

Months later, I’d ridden that mountain bike maybe four times, and though I was starting to have what could ostensibly be described as fun, I still felt shaky and unsure of myself. Every time I rode, I pedaled behind my (far more skilled than me) boyfriend, frustrated with myself for still being scared of rocks, scared of going fast, unable to hop my bike over logs. My amateur abilities and caution stood in stark contrast to his fluid skill and near-recklessness. I had a nagging feeling that my inadequacies at mountain biking were reflective of the inadequacies inherent to me as a human being; surely I would be a better rider if I were simply braver, stronger, smarter, more confident. I had always grappled with this sort of self-doubt and it became magnified in the months that followed, spurred equally by difficulties in graduate school and fears about my future, somehow made manifest by my struggle with mountain biking. As the year wore on and I continued to feel worse about myself, I stubbornly kept riding, determined to become a better mountain biker and, in the twisted logic of my anxiety-ridden mind, a more worthy human being.

Another spring arrived. My boyfriend broke up with me, confirming my fears that I was not enough. Untethered and utterly unsure of who I was, I started spending a lot more time with my roommate, Cassie. She was trying to get back into mountain biking, so one day we headed to the foothills with our bikes in the back of my car, as a distraction, as exercise, as a way to do something more fun than watching Netflix on our couch while I cried (you can only expect even your best friend to watch you do that for a limited number of hours). To my surprise, mountain biking felt completely different with my best friend, to whom I had nothing to prove, by my side. We were both just trying to get ourselves up the hills and not destroy our bikes and bodies going downhill. We bounced our bikes off of rocks, laughed, and some of my self-doubt began to drain out of my body and evaporate with my sweat. Between the turbulence of my broken heart and the newness of a mountain biking dynamic that actually felt positive, I momentarily forgot about the fears that I had been using to define myself and let myself feel reckless, free, and full. It’s hard to be sad when every fiber of your body is screaming as you push your bike pedals up an uphill section that seems to never end, and it’s hard to go over the mental list of your personal flaws and shortcomings that surely explain why your significant other stopped loving you when you need every ounce of focus to keep adjusting your bike so you don’t wreck on a tree as you fly down a trail. I rose into the meditation that my bike demanded of me, all of my attention centered on the trail, my body fluidly melting into the aluminum frame of my bike. In those moments of complete presence, I was not lacking or inadequate; I simply was.

Mountain biking became somewhat of an obsession for me that summer. The escape from my chaotic and often painful emotions was part of the appeal, but I was also chasing the feeling of independence and strength that came from shredding dirt with my best friend. Being outside and basking in the company of someone who asked nothing of me but my presence, to bring my full self to the mountain trails that we shared, and to always laugh at our ever-growing collection of dumb jokes, gave me a space to grow into a person defined by my strengths and not my shortcomings. With every passing week, both Cassie and I rode faster and harder, and got used to our limbs being covered in red dirt and our shins covered in scars. When we weren’t on our bikes, we were backpacking, drinking in days spent hiking up mountains and washing away our fears in alpine lakes, and nights spent cradled in hammocks under the stars. I climbed my first fourteen thousand foot mountain that summer, accompanied by another one of our close female friends. Standing at the top of the world (or at least the lower 48), we marveled at the vastness of the Sierra Nevada below us and shared a feeling that we were doing okay; we had each other and our favorite mountain range, and these things were enough.

At some point that summer, I realized I had stopped demanding so much of myself and had started allowing myself to just be. Maybe getting on my bike with Cassie wasn’t the beginning of my relationship with the outdoors, but it was the beginning of this recognition that I am worthy and enough and just need to keep showing up outside. When I forget these truths, I know that I can always hop on my bike, begin to pedal, and engage an act of fierce, sweaty joy in which I am fully present and whole, a witness to the world surrounding me.