This Memorial Day weekend, nine of my favorite people and I headed up to the Trinity Alps for a backpacking trip, as is our tradition. Well okay, we’ve done it twice, but I think that makes it tradition enough. Like seemingly everyone else in the universe, we headed up the Canyon Creek trail in search of mountain air, alpine lakes, and the last snow of winter. Seriously, the ranger at the trailhead told us that ~250 people had been on the trail that weekend. 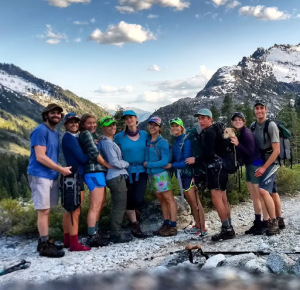 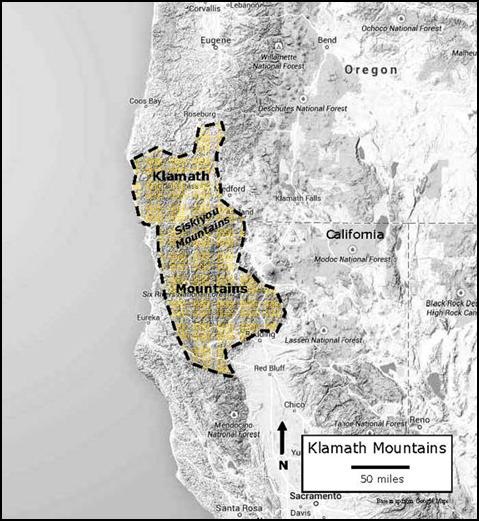 The Trinity Alps Wilderness is nestled within the Klamath Mountains, a series of mountain ranges that begin north of California’s Central Valley and stretch into southern Oregon. The Trinity Alps will always be special to me for a few reasons. For one, they are absurdly beautiful. The region is aptly named, with dramatic peaks and glacial cirques that would not look out of place in Switzerland. After this year’s snowy winter, most of the mountains were still covered in snow, making them look even more magical than normal. The Trinity Alps are also home to one of my favorite trees: Picea breweriana, or weeping spruce, or Brewer’s spruce, a beautiful and rare conifer only found in the Klamath Mountains. I saw my first weeping spruce when backpacking up Stuart Fork in the Trinities last spring and was struck by the delicacy and seeming softness of the needles juxtaposed against the immensity and strength of the tree. Love at first sight! It shot to the top of my mental list of “favorite trees” (don’t tell me you don’t have one), a spot that had been previously occupied by Douglas fir (or “fluffy Dougs” as I like to call them, but properly known as Pseudotsuga menzeseii). On this year’s trip, we saw countless weeping spruces, and I even got to set up my hammock under one. 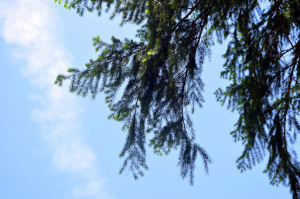 Weeping spruce from below. Lookit those fluffy needles!

Why is this gorgeous tree only found in the Klamath Mountains? The Klamaths are what’s known as a climate refugium : they stayed unglaciated during the last Ice Age and provided a refuge for plants and animals. The Klamaths are also geologically diverse because they are essentially made of old bits of ocean floor rocks that got slammed onto the side of North America and crunched up into mountains millions of years ago (can you tell that I am not a geologist?). The resulting complex mixture of rocks that make up these mountains gave rise to diverse soil types, including serpentine soils that are chock-full of heavy metals and can only be tolerated by some unique plant species. What’s more, the Klamaths are located at a unique geographic interface of many other ecoregions, including the Sierra Nevadas, the Great Basin, and the Cascades; they serve as a location for plant and species from all of these different regions to coexist. The Klamaths also contain many areas (called microclimates) that remain relatively cool and moist due to coastal fog and mountain valleys that can retain that water-vapor-ful air. For all these reasons, the Klamaths host many more endemic species than just weeping spruce - a whopping 280 species of plants and animals are only found in these mountains, and they’re considered a “globally outstanding” ecoregion for biodiversity (1). The Klamath Mountains are estimated to contain 65% of all of the plant species native to California (despite only making up 15% of California’s land area). I’m super into conifers, but if, say, snails are your jam, you should know that 57% of land snail species that are found in the Klamaths can only be found in the Klamaths. Amphibians more your style? 28% of amphibian species found in these mountains are endemic, including the adorable Siskiyou Mountain salamander (Plethodon stormi).

Threats to the Klamath Mountains

Unfortunately, all this biodiversity is threatened by both human activity and climate change (come on, you knew this was coming). The Klamaths are heavily utilized by humans, and that’s not an intrinsically bad thing - we get lumber, water, and fish from these lands and use them to graze livestock. However, the way in which we as humans have altered the landscape threatens its ability to serve as a refugium in the future. This is chilling in the context of climate change. As the climate warms and dries, the pockets of cool, moist climates predicted to persist within the Klamaths are likely to be even more important than they have been before. Yet these areas are becoming rare; just over a quarter of old-growth forest remains intact in the ecoregion, and habitat degradation or destruction due to human activity has been especially prevalent in lower elevations, where most of these cool, moist microclimates are found (2). There are protected wilderness areas in the Klamaths, but they are mostly high elevation mountain habitats, leaving lower elevation habitats vulnerable. If we want to protect awesome and unique species, it’s really important that we establish protections for lower elevation forests, especially those that have been identified as having the cool, moist climate required unique species they harbor. Protecting areas of the Klamaths with a diversity of landscapes and soils can also help maximize the number of species that are protected. It’s also important to connect protected areas to each other by establishing what are known as “corridors.” When the climate warms and dries, plants and small animals can’t just get up and fly away. Migration happens slowly, often over the course of generations; species need a protected habitat corridor to travel through. To achieve maximum species protection and maintenance of refugia, conservationists have proposed establishing new federally protected reserves: a Siskiyou Crest National Monument (243,000 ha region of the Klamath Mountains along the California-Oregon border), and a Siskiyou Wild Rivers National Salmon and Botanical Area (445,000 ha region in southern Oregon) (3).

These days, protecting rare plant and animal species by establishing new national monuments feels, well, like a monumental task (pun intended, I am not sorry). The executive order to review, and perhaps undo, recently designated national monuments makes the current administration’s views on federal conservation clear. The order is framed as one preventing federal overreach and asserting state’s rights, but this posturing obscures the simple fact that national monuments are a way to protect vulnerable and important landscapes. If we don’t prioritize these protections, what are our priorities? What does this say about the kind of future that we want for our country’s wildlands? As I’m writing this, the 45th president just announced intentions to withdraw the United States from the Paris climate accord. Refusing to acknowledge and attempt to mitigate climate change will certainly hasten the pace at which our vulnerable ecosystems are damaged and maybe even destroyed. Is this really the future that we want?

The Heart of Conservation

This gets me fired up, and not just because I identify as a scientist, as a progressive, and as a lover of the environment. My impetus for action is my simple, deep love for that obnoxiously beautiful weeping spruce tree. For whatever reason, I feel a personal connection to this tree and I want to protect it. There’s a great episode of the Dirtbag Diaries podcast (which you absolutely should be listening to if you don’t already) about rock climber Josh Ewing getting involved in the fight to protect Bears Ears National Monument in Utah. He doesn’t get involved because he dreams about a federal land grab, or because of an abstract commitment to conservation; he gets involved because he falls in love with the area after years of climbing there. 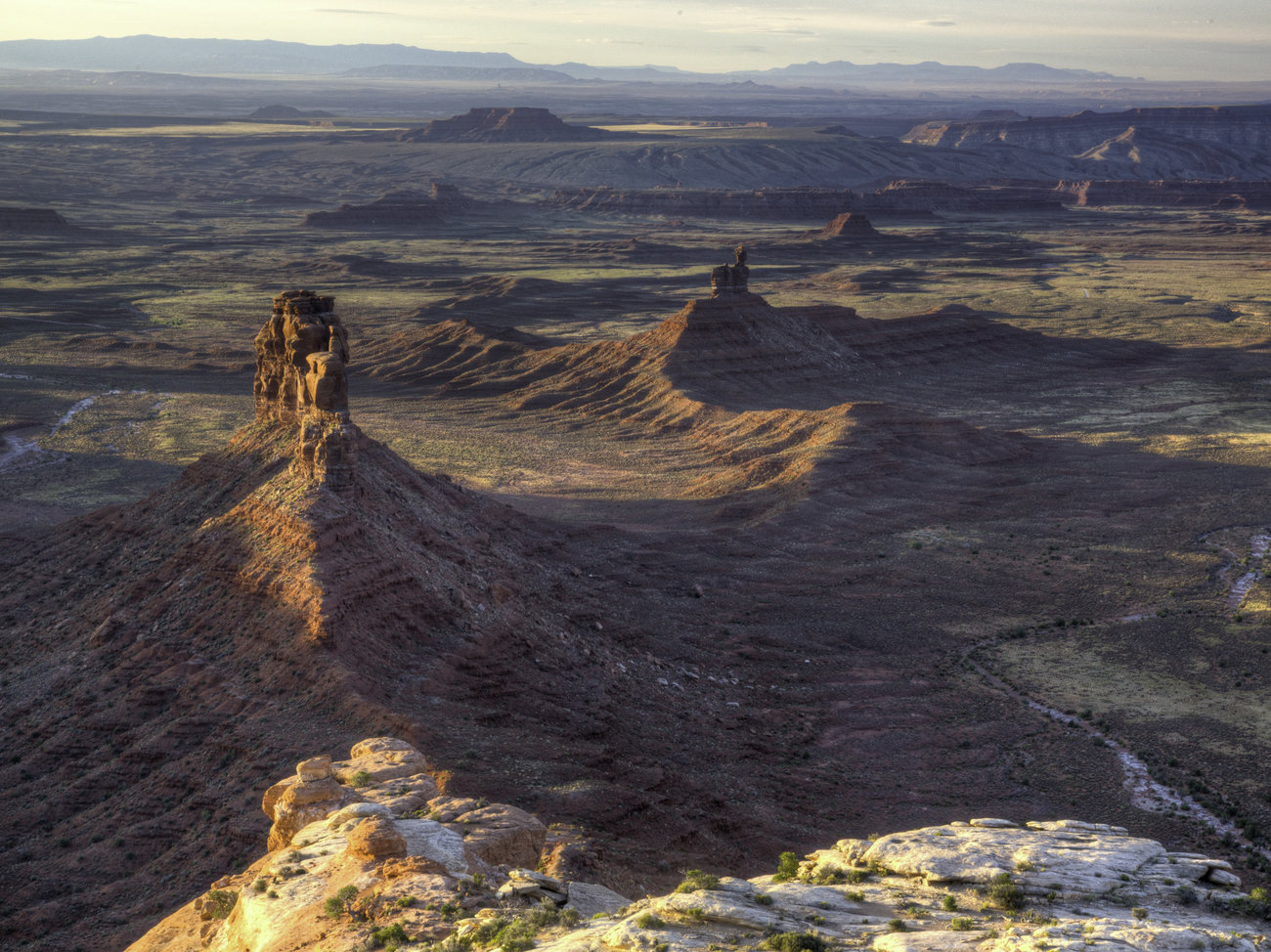 I mean, can you blame him for being obsessed with this place? Photo by Bob Wicker, via NPR

This is the heart of conservation for me: love for a place, an animal, a tree. I can wax poetic about the merits of biodiversity and the need for protected habitat corridors all I want; scientists can warn about the dangers two degrees of climate warming will cause for the future, we can talk statistics about sea level rise and the melting ice sheets and the economic cost of refusing to invest in clean energy, but study after study shows that when it comes to charged issues, most people are not moved by facts. We interpret information (or don’t) based on our sense of identity and reject information that threatens our sense of self. I can relate to this even as a scientist. I find logical, fact-based arguments compelling, but in the end even I most moved to action by my personal connection to the lands that I love. For years, wild places have drawn me in, filled me up, shaped my identity, and kept me grounded (even at elevation!). Often this connection begins with thinking that a tree is beautiful, loving the unique silhouette of a mountain, or feeling a sense of wonder looking at a wide-open sky full of stars. Maybe that’s where we should be starting when we talk about conservation; I think everyone can think of a place that they love and a plant, animal, or piece of the landscape that makes that place special. I want a future that involves these places, and appreciation for their sweeping majesty, and a fascination with a unique and beautiful tree. If I can be corny for a second - I want my future to have weeping spruces.

I hadn’t originally written this last bit, but as the afternoon has worn on I’ve been feeling more and more fiery about 45’s decision to pull out of the Paris accord. I am enraged that the head of the EPA, someone who ought to give half a damn about the environment, supported this decision. I want to do something, and maybe you feel that way too. Remember that the president is not the only person who represents this country. We have governors, senators, representatives, mayors. Now is the time to make it clear to all those who represent us that we, the constituents, give a damn about our planet and about our future. Write your representation. Call them. Use Resistbot to send obnoxious faxes. The Union of Concerned Scientists has a great template for writing to your governor- but don’t just send an email, send a real letter, and a fax, and make a phone call. Now is not the time to give up, it’s the time to get up.

Something that I’ve been wanting to work on for a while is sharing stories about the places that matter to me, most of which are directly threatened by climate change (or resource extraction, or any of the number of other environmental problems the USA faces right now). Conservation matters, acting on climate change matters, and the only way that we will see meaningful change happen in our country is if enough people care enough to push these issues to our representation. That caring begins with a personal connection. Maybe sharing some stories is a way to spread that connection. We can all share stories of the places we love with others and help make climate change and conservation into personal issues. We’ve all got a weeping spruce - what’s yours?

Note: I try and find open-access article links, so give me a hoot and/or a holler if you can’t access anything.